A transaction is a piece of data that takes inputs and produces outputs. Forget about the blockchain thing, Bitcoin is actually just a big tree of transactions. The blockchain is just a way to keep transactions ordered. 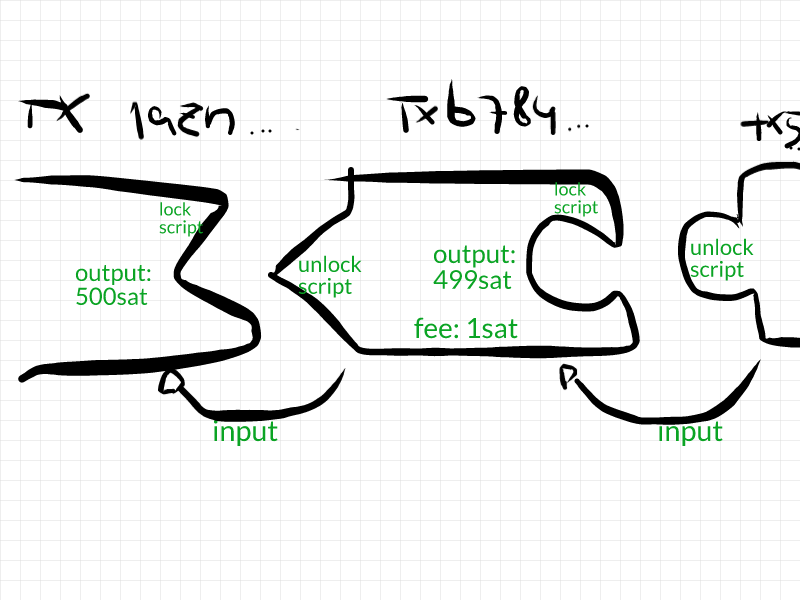 As you can see, there’s this lock/unlocking thing and there are inputs and outputs. Inputs must be unlocked by fulfilling the conditions specified by the person who created the transaction they’re in. And outputs must be locked so anyone wanting to spend those outputs will need to unlock them.

For most of the cases locking and unlocking means specifying a public key whose controller (the person who has the corresponding private key) will be able to spend. Other fancy things are possible too, but we can ignore them for now.

Back to the 10 satoshis you want to spend. Since you’ve successfully referenced 10 satoshis and unlocked them, now you can specify the outputs (this is all done in a single step). You can specify one output of 10 satoshis, two of 5, one of 3 and one of 7, three of 3 and so on. The sum of outputs can’t be more than 10. And if the sum of outputs is less than 10 the difference goes to fees. In the first days of Bitcoin you didn’t need any fees, but now you do, otherwise your transaction won’t be included in any block. 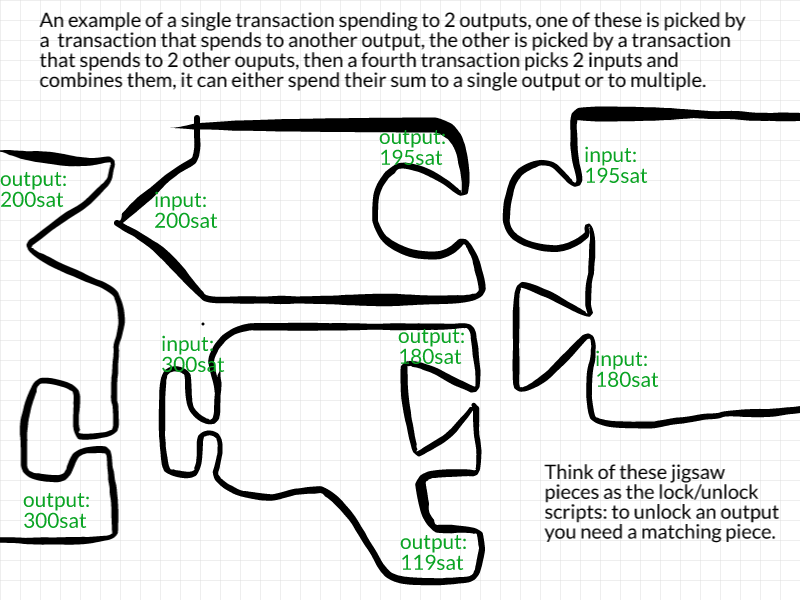 If you’re still interested in transactions maybe you could take a look at this small chapter of that Andreas Antonopoulos book.

If you hate Andreas Antonopoulos because he is a communist shitcoiner or don’t want to read more than half a page, go here: https://en.bitcoin.it/wiki/Coin_analogy