Setting up Google Analytics for a bunch of very small projects was a big hassle for me, the bureaucracy involved in creating Google Analytics projects/pages/websites involved something like 4 or 5 forms, and then I always got confused when I went to browse the most simple stats (pageviews, sessions, referrers), and the page was slow to open, had more information than was needed or desirable and so on. And finally there was always a ton of referrer spam (people who used the referrer tracking function of Google Analytics to insert their own sites there somehow and get me to click them).

Then I tried to use the only alternative that existed at the time: gaug.es, but although it was better it wasn’t as better as it could be. I wanted a very minimalistic thing. And it was too expensive (for my standards).

So I wrote my own, in React, specifically aimed to people who have a lot of small websites they wanted to track, using Bulma for the styles, react-dnd to make nice reorderable cards with the information and the most efficient scheme for storing the smallest amount of data possible in the database (first CouchDB, then migrated to Postgres later) while still providing session tracking and an optional way to assign points to each action a visitor may perform in a website. 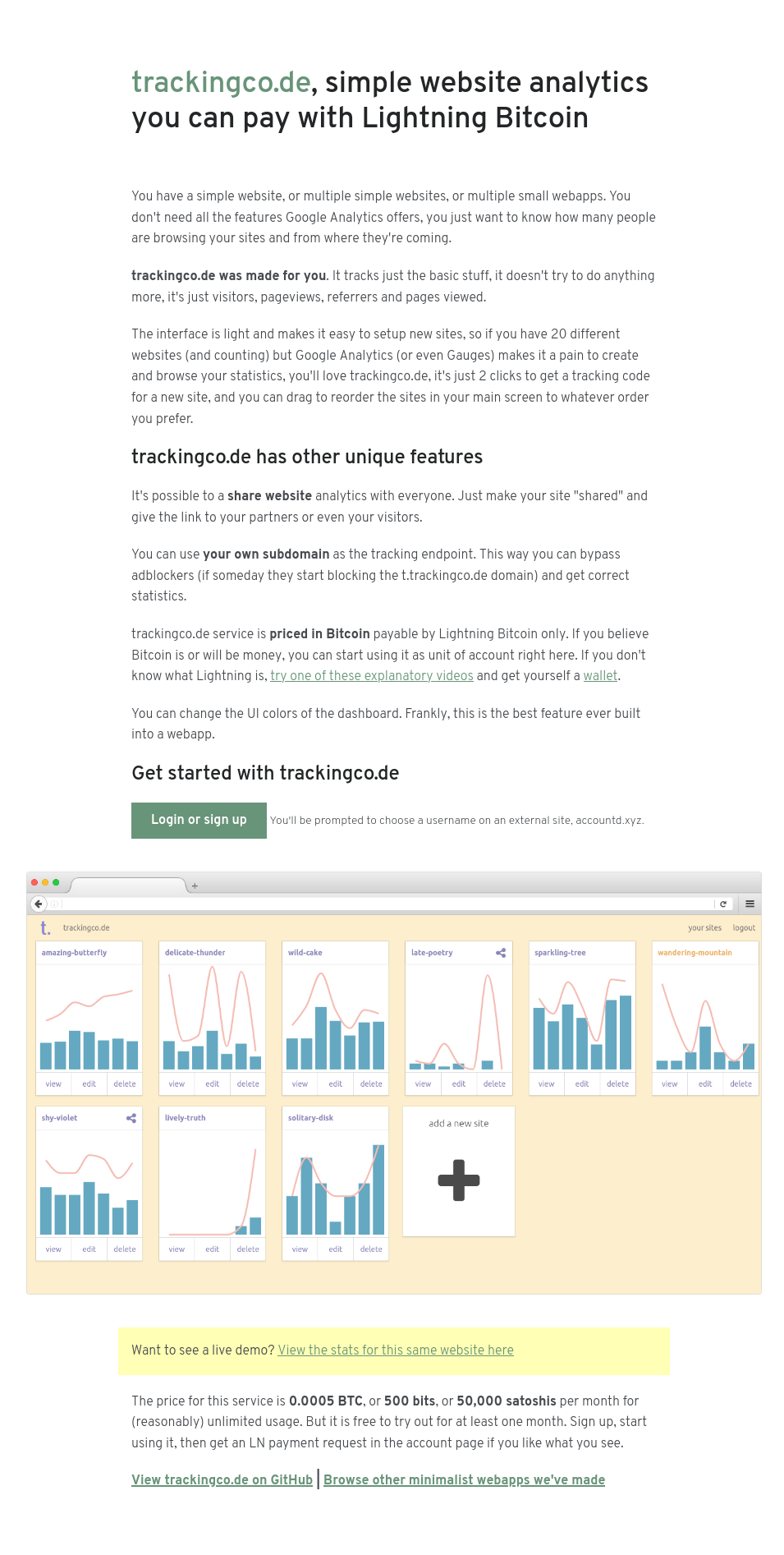 At its height I personally used it with more than 20 projects. There were some other users, but the only one that actually used it besides me was https://eternum.io/ (although I didn’t charge them).

I set up a very low pricing range and tried to market it in all the usual “hacker” sites, but never get any attention. At its last days I started pricing it in Bitcoin, but it made no difference.

Then all of a sudden about 5 different “minimalistic” website tracking and tools very similar to trackingco.de began to show up on Hacker News and they got a ton of interest and users. They weren’t better than trackingco.de as far as I know. It was frustrating.