Read the paper, it’s actually nice and small. You can read only everything up to section 4.2 and it will be enough. Done.

Ok, you don’t want to. Or you tried but still want to read here.

Eltoo is a way of keeping payment channel state that works better than the original scheme used in Lightning. Since Lightning is a bunch of different protocols glued together, it can It replace just the part the previously dealed with keeping the payment channel.

Eltoo works like this: A and B want a payment channel, so they create a multisig transaction with deposits from both – or from just one, doesn’t matter. That transaction is only spendable if both cooperate. So if one of them is unresponsive or non-cooperative the other must have a way to get his funds back, so they also create an update transaction but don’t publish it to the blockchain. That update transaction spends to a settlement transaction that then distributes the money back to A and B as their balances say. 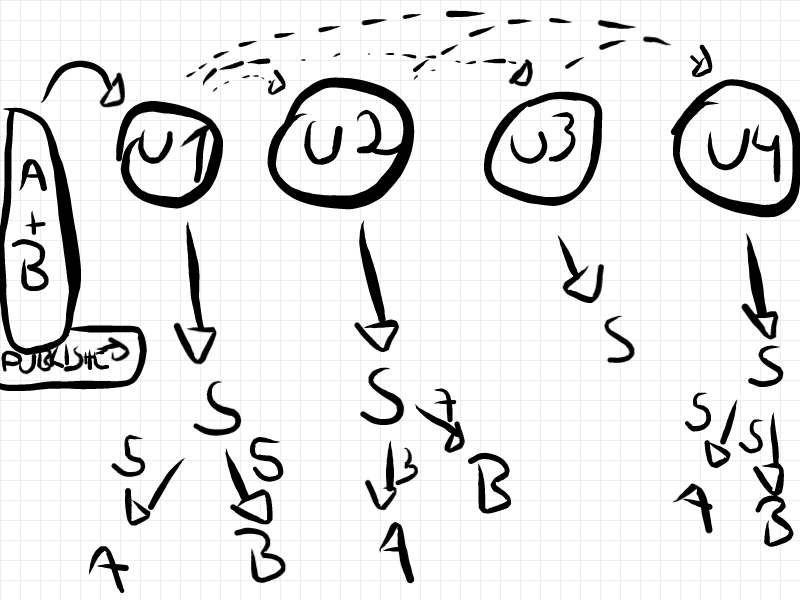 Why do they need and update and a settlement transaction?

Because if B publishes update2 (in which his balances were greater) A needs some time to publish update4 (the latest, which holds correct state of balances).

Hopefully you got that.

How do they close the channel?

If they’re cooperative they can just agree to spend the funding transaction, that first multisig transaction I mentioned, to whatever destinations they want. If one party isn’t cooperating the other can just publish the latest update transaction, wait a while, then publish its settlement transaction.

How is this better than the previous way of keeping channel states?

Eltoo is better because nodes only have to keep the last set of update and settlement transactions. Before they had to keep all intermediate state updates.

If it is so better why didn’t they do it first?

Why can’t update2 bind itself to update4 and spend that?

Good question. It can. But then it can’t anymore, because Eltoo uses OP_CHECKLOCKTIMEVERIFY to ensure that doesn’t actually check not a locktime, but a sequence. It’s all arcane stuff.

And then Eltoo update transactions are numbered and their lock/unlock scripts will only match if a transaction is being spent by another one that’s greater than it.

What is that “on-chain protocol” they talk about in the paper?